Our Mazes, Videos, Streams, and Podcasts:

Please enjoy the seventh book of Maze Craze, mazes Dana drew as a kid (in the now-very-trendy early to mid 1980's). Inspired by the video games and movies of his childhood, they make for nostalgic fun for grown-ups and quirky and creative puzzles for kids! 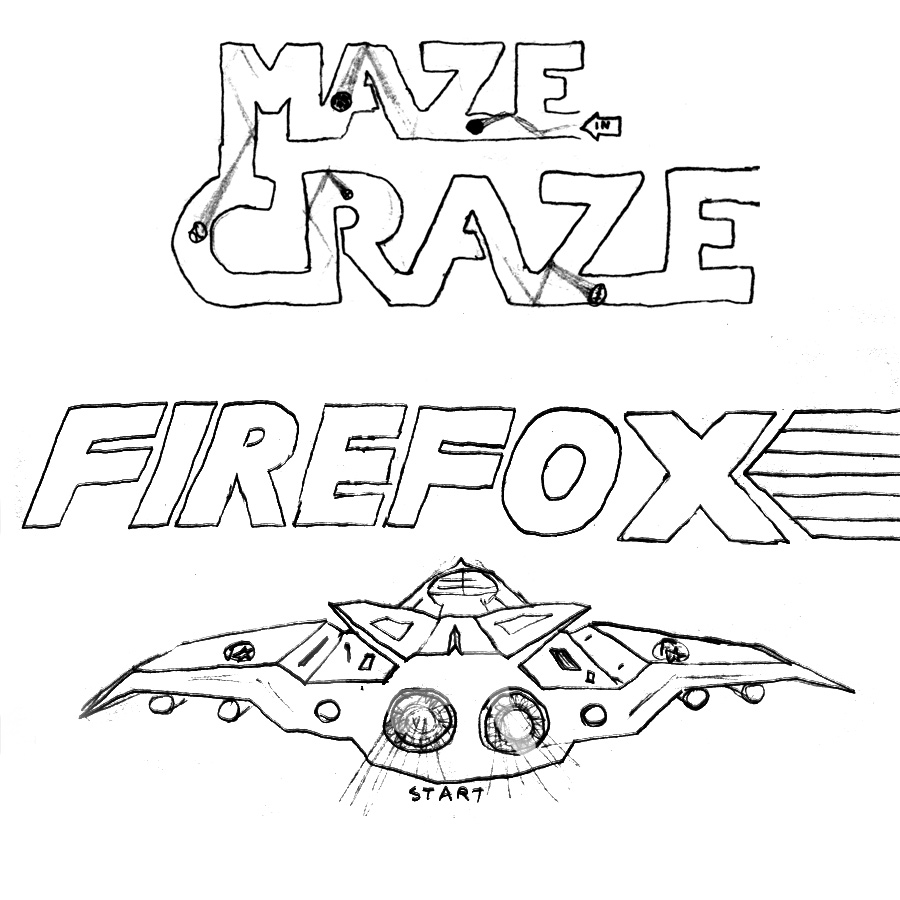 This maze book features a return to single-page-per-maze form with some of the more obscure 80's arcade games from your local bowling alley or mall arcade, including Guzzler, Marvin's Maze, and Firefox.

Each maze book is presented as large as your browser can show it in portrait orientation, along with answers to each maze. Plus a free high-res PDF is available for download and print!

Dad's Basement is a video series from me, Dana, the Dad of the Happy Game Family, wherein I play, show off, and try to convey what was cool about some of my favorite games from yesteryear. I hope you younguns appreciate that I'm spending some extra time cutting together all the cool parts! 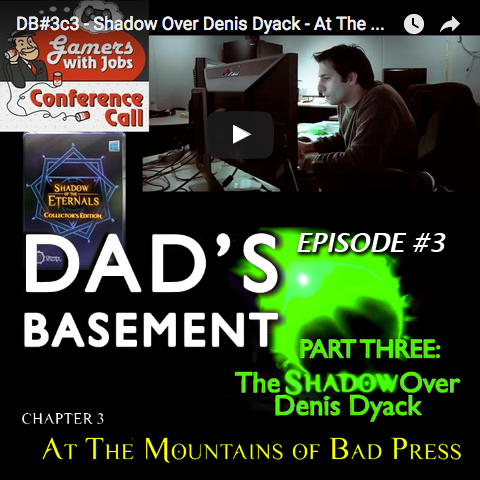 In mid 2012, a number of people were laid off from Silicon Knights after the company's long-running lawsuit with Epic Games took a bad turn. They started a new company, Precursor Games, purchased some assets and equipment from Silicon Knights, and set about to nearly a year's work building a demo to bring to the public in order to crowd-fund the spiritual successor to Eternal Darkness: Sanity's Requiem. In mid 2013, immediately upon launch, they would find themselves in the unenviable position of being the first crowdfunding effort roundly shouted down by various influential voices in the games press.

Long overdue, part Three of our three-part (plus) series covering Eternal Darkness: Sanity's Requiem and its attempted spiritual successor now is a posthumous survey of the failure of the Kickstarter for Shadow of the Eternals, split into multiple chapters.

The Happy Game Family Go! Podcast is a show about video games, that happens to come from a family. We will represent our perception of the games we play, our experiences with them, and our opinions of them. Without the pressure of demystifying ESRB ratings or making content recommendations for all families, we hope to simply represent the various viewpoints our family members have on all the games they play. You'll find game reviews, gaming memories (especially from Dad), and unique viewpoints from the parents and the kids on electronic entertainment. 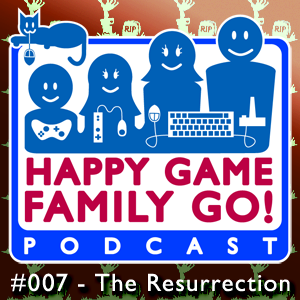 Two and a half years in the making, this podcast becomes a travelogue of our gaming, and our lives. Dad played the entire Mass Effect trilogy, Dead Space 1 and 2, lots of different Calls of Duty, and paid for a number of MMOs without playing them. Noah built his own gaming PC, and became a part of the PC master race. We cover E3 2011, and really do a poor job of remembering what happened in E3 2012. As a family we get to attend the WiiU Experience, and then find ourselves not experiencing an actual WiiU. Oh and Vita came out. And Mom played WOW--as did Noah--and Sabrina and Dad enjoyed Resident Evil 6, so forget the haters. Sporadic Game Family! (Noah made two songs for this episode using Garageband.)

HappyGameFamily Streams and Other Video Collections 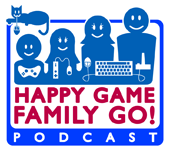